Data is used in various ways in the context of Power BI. Sometimes, we just want to use Excel. Or we can use Power Query. In addition, the stand-alone Power BI Desktop tool can also be used for data management and clean-up.

In this article I am providing you with all three methods. Simple Excel formulas, Power Query or Power BI Desktop.

The DMS format specifies the direction and the angle in Degrees Minutes and Seconds.

First number is Degrees (54), second one is Minutes (25) and third number is Seconds (01). Performing calculations based upon this notation requires lot of string manipulation. Sometimes the N or S is written before the numbers. Sometimes the symbols for degrees, minutes and seconds are missing. Therefore, it is best to split the data into its individual components before conversion.

This can be done using Text to Columns in Excel or using Power Query split functions. Finally, try to get the raw data in the format shown below. First four columns are the Latitude data. Column 5 to 8 are Longitude data. Make sure that there are no empty cells. Put zero instead of empty cells. This matter for Power BI based calculations. Empty cells are considered as null by Power BI. Therefore, it will product null  output.

The degrees value remains as it is. The minutes and second values need to be converted to the decimal portion of the number. The direction decides whether the number is positive or negative.

Minutes are divided by 60 and seconds by 3600. Add them up to the degrees value and we have the decimal version.

The attached Excel file contains multiple sheets. DMS to Decimal sheet has data that is already split as shown above. It has two more columns LatExcel and LongExcel. Learn the formulas given there. This data is a table. You can delete all except the first row and append your own data to autofill all the formulas and perform bulk conversion instantly. Remember to delete the first row after bulk conversion is completed.

In this sample file, I have used the same data from Excel and imported it into Power Query. I have added two more columns LatPQ and LongPQ which show exactly the same results as the LatExcel and LongExcel columns. I just wanted to show the same logic being applied in Power Query.

You can edit the query and learn the syntax. Power Query is also using the same formula as Excel, but its syntax is a little different.

Nowadays, many of my customers are using Power BI Desktop instead of Excel based Power BI. For their benefit, I have given the same content in PBIX format.  Choose Edit Query to view the formulas.

The data can now be converted to a report using the Map visualization. Drag Drop LatPQ and LongPQ into Latitude and Longitude areas in the Fields area. 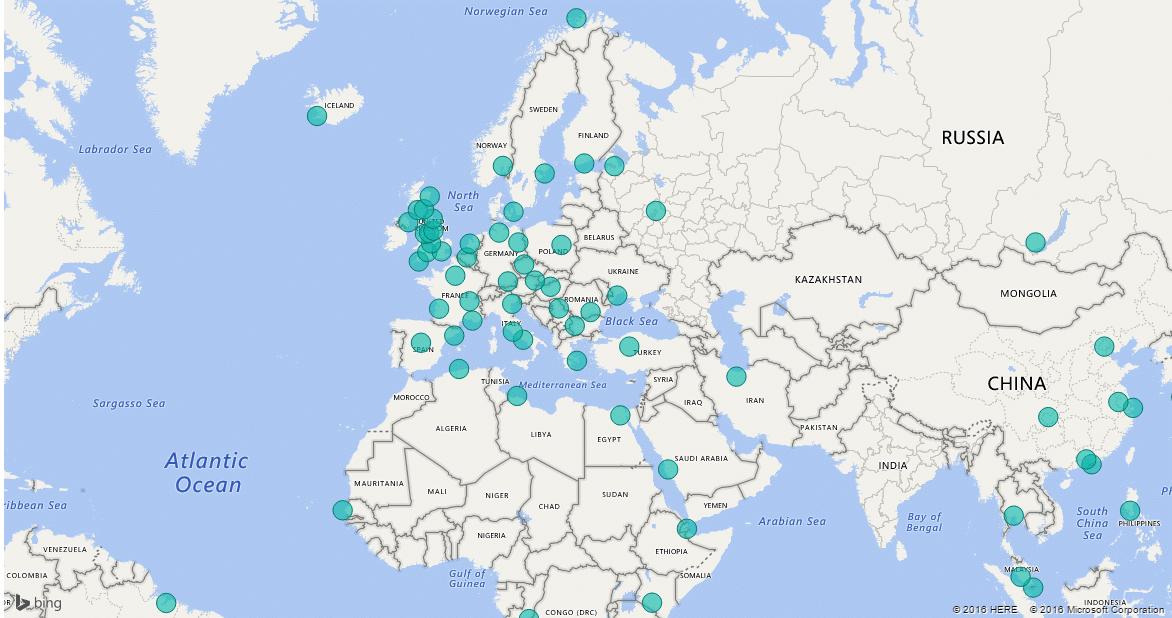 For Power Map, you need to use the Lat Long fields and choose Latitude and Longitude from the drop down. Power Map will then plot the locations instantly. 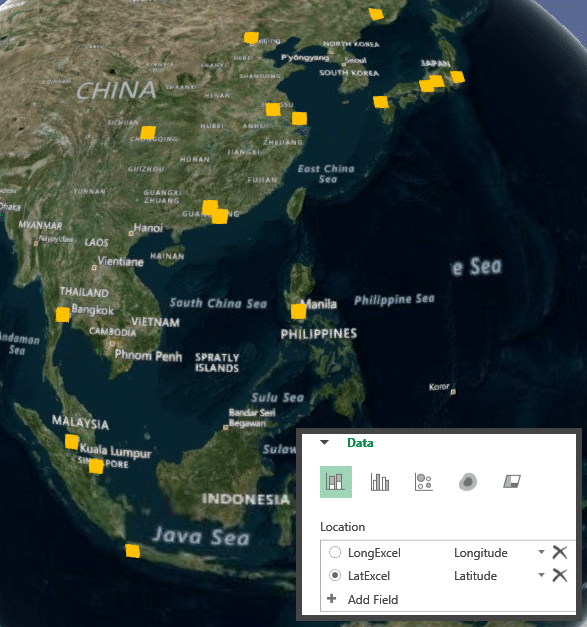 The decimal format can have many decimal places. Depending upon the object in question, the number of decimals matter. Here is a simple table to illustrate the importance of how many decimals you need.  Source Wikipedia.