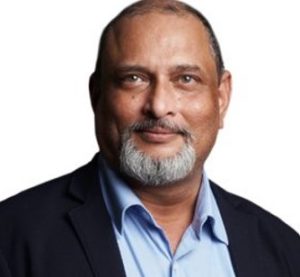 I am Dr Nitin Paranjape. Feel free to call me DOC. I did my post-graduation in gynecology, way back in 1991, in Bombay (TNMC – Nair Hospital).

IT was my hobby while I was studying medicine. 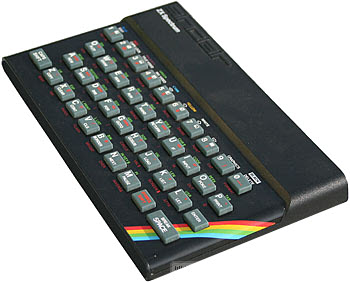 I started with a very primitive Sinclair Spectrum 32KB gaming computer. It required a TV (black & white) as a display and a spool tape recorder to load the software. I got tired of gaming and thought of writing software for medical automation.

Our Out-Patient Department used to be very crowded. As a junior gynecologist, I had to handle 150+ patients in three hours – and I used to spend a lot of that time searching for laboratory reports. So, I wrote a software to automate that process. My OPD queue used to get over faster with better attention given to patients. That was noticed by my seniors and they asked me to develop similar software for them. That is how I started.

I used to finish my rounds at night, catch the last train, go to the computer center at Municipal Corporation of Mumbai HQ (EDP department it used to be called) and learn programming – on my own. Then catch the first train back to the hospital and become a gynecologist again!

I worked on a freelance basis even while I was studying. When I finished my post-graduation, I was one of the very few people who knew medicine as well as IT. In fact, at that time, IT as a field had not even evolved. I did have a few programming assignments at hand. Therefore, I decided to give it a try full-time and started a company. I did lot of medical software development for doctors, nursing homes, hospitals, UNICEF, WHO and so on. In fact, the first Birth-Death registration software in India was written by me for Municipal Corporation of Bombay.

I then realized that the software skills I have learnt can be used beyond medical field. In fact the corporate world was more open to software automation compared to medical field. Then I worked on corporate IT applications over next 12 years. I did everything – architecture, programming, databases, BI, infrastructure, networking, security…

Do you know what I realised? No matter which technology you take, it is always underutilized.

Vendors create it, customers purchases it, service providers deploy and customize it. But a very small fraction of available feature set is used. This leads to poor return on investment and it is like a loss of opportunity. This hampers business growth in spite of having invested in the right technology.

Therefore, I decided to work in the area of “Under-Utilization”. All technologies are underutilized. But it is humanly impossible to work on all technologies. I was looking for a product which will be most suited for this type of work. I soon realized that Microsoft Office is the most commonly used and yet the most underutilized product in the world. That was in 2004 (it is still the case – as of 2021!). Since then I worked exclusively on coaching people on how to use the Office platform more efficiently and effectively.

I belong on the corporate stage. I enjoy face to face sessions.
I did not write any blogs for 10 years.

I thought, larger audiences should benefit from what I have learnt. I also wanted to document it. Which was what made me start writing this blogsite on 1st November 2013.

Traditional approaches of training and change management do not work with Office 365. If you really want to transform your organization using Office 365, send me a mail on nitin@maxoffice.co